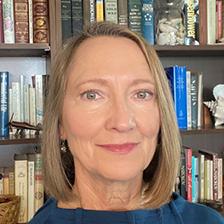 M. Elaine Bunn is a consultant on strategic issues, with 40 years’ experience in the U.S. government working on defense policy. She is based in Washington, DC.

She addresses international audiences on nuclear policy, extended deterrence, and missile defense. Her writings include articles and book chapters on deterrence, assurance of allies, strategic planning, nuclear policy, missile defense, and preemption. She mentors university students and mid-career professionals, and serves on the Board of Advisors for the CSIS Project on Nuclear Issues (PONI), and as a Senior Mentor for the Project for Emerging Leaders at the Center for the Study of Weapons of Mass Destruction.

Elaine served as Deputy Assistant Secretary of Defense for Nuclear and Missile Defense Policy from 2013 to early 2017. Responsibilities included defining requirements for future capabilities, reviewing and adjusting operational planning, and leading extended deterrence discussions with allies. Previously, Bunn was a Distinguished Research Fellow in the Center for Strategic Research at National Defense University’s Institute for National Strategic Studies, where she headed a project on future strategic concepts. Before joining INSS, she was a senior executive in the Office of the Secretary of Defense, where she worked from 1980 to 2000 in international security policy, beginning as a Presidential Management Intern. Bunn was a visiting fellow at the RAND Corporation 1998-2000. She was involved with the 1994, 2001 and 2010 Nuclear Posture Reviews. In the 1970s, she worked for Senator Sam Nunn, for Congressional Research Service, and for the Arms Control and Disarmament Agency.

Bunn, a 1988 graduate of the National War College, received an M.A. from Johns Hopkins School of Advanced International Studies in 1980 and a B.A from the University of Georgia in 1974. She was a Fulbright Scholar at the Université de Neuchâtel, Switzerland in 1974-75.